You know what would go well with your cup of tea today? A mug cake. A cake made in a mug, and a microwave. In 2 minutes.

All of this is office-friendly. All you need is a microwave, a mug, a spoon and some commitment to your cake goals.

We had a go today at work. Made a chocolate mug cake with melted nutella on top. I would say I have a healthy disrespect for recipes, but strangely mixing warmed nutella with boiling water to make a 'sauce' causes a strange chemical reaction in the nutella where everything seperates and disagrees with you and congeals into a peculiar gritty chocolate situation. Which is not unpleasant to be honest but I guess you couldn't sell it.

Here are some lovely recipes made by some people who measure ingredients.

Stickers on the central line I would sit here Quick someone register that domain.

Apparently the Washington tower is now in the Philippines Apple decided to merge the cities of Sao Goncalo and Niteroi..

http://theamazingios6maps.tumblr.com/
Posted by flora the spy at 14:34 No comments:

Ah yes this is what we all do secretly when we get home isn't it?

Rarely a day passes when I don't see a group of guys in the cosy corner of my local pub where rustling up a nice little tampon rabbit.

Yes. Tampon Crafts. Somebody does this as a hobby.

'For any time of the month'.

I can't quite imagine the moment when someone sat down (or stood up, whatever) and thought I know what I could do with one of these...

http://www.tamponcrafts.com/
Posted by flora the spy at 08:47 No comments:

more pictures of the day from the Telegraph
Posted by flora the spy at 13:43 1 comment:

illustration by Joanna Bradshaw.
Posted by flora the spy at 16:32 2 comments:

My little brother is now a Unicorn 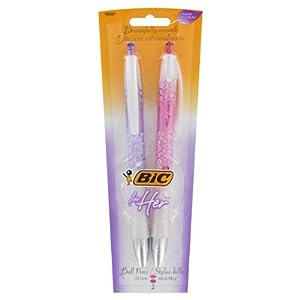 498 of 507 people found the following review helpful
2.0 out of 5 stars THEY NEED TO PUT A WARNING ON THE PACKAGE August 21, 2012
By Rachel
I know it says "for her" on the package but I, like many, assumed it was just a marketing ploy seeking to profit off of archaic gender constructs and the "war of the sexes". Little did I realize that these pens really are for girls, and ONLY girls. Non-girls risk SERIOUS side effects should they use this product. I lent one to my 13-year-old brother, not thinking anything of it, and woke up the next morning to the sound of whinnying coming from the room across the hall. I got out of bed and went to his room to find that my worst fears had been realized :

MY LITTLE BROTHER IS NOW A UNICORN and it's all my fault. Sure, you'd think that having a unicorn for a little brother would be great but my parents are FURIOUS - I've been grounded for a MONTH!!! They made an appointment for him with our family practitioner, but I'm not sure it'll do any good, and they told me that if it couldn't be fixed I'd have to get a job to help pay for his feed and lodging D:

I repeat, boys, DO NOT USE THIS PEN. Unless you want to be a unicorn, and even then be careful because there's no telling that you'll suffer the same side effects.

SERIOUSLY BIC IT'S REALLY REALLY IRRESPONSIBLE FOR YOU TO PUT OUT THIS PRODUCT WITHOUT A CLEAR WARNING OF THE RISK IT POSES TO NON-GIRLS. Just saying it's "For Her" is not enough!!!!

(I'm giving it two stars because even though they got me grounded, the pens still write really nice and bring out my eyes)


By Won't Get Fooled Again


"Wife", I said, "If you could have one new fashion accessory to go with your Snooki's Sultry Hobo Handbag what would it be?" Finally, her dreams can be realized. I'll have to teach her how to use a pen safely but it will be worth the effort once she starts earning big bucks addressing envelopes at home.

The product itself came two to a package as advertised and both of them contained ink so you don't have to worry about making your own. They really retract although the ejector plunger may wear as the wife practices pushing the ram. Also, the roller ball on the one I broke open was 1.2 mm (which rounds down to 1.0 mm) so it may be a little too heavy gauged for a female beginner penslinger. I think the balls are made out of tungsten carbide although the lab results won't be ready for several weeks. The ink pH, viscosity check, and appearance fell in line with manlier inks although the pink ink was a nice "for her" customization.

Overall, these pens are well suited to make markings on paper and other materials! A felt tipped pen would probably have been a better choice for beginners as there is less chance of eye damage. Of course no pen is truly eye safe. You can get around this by purchasing a good set of safety goggles for her before letting her hold the pen.


This review is from: BIC For Her Fashion Retractable Ball Pen, Medium Point, 1.0 mm, Assorted-Fashion Ink, 2 Count (FHAP21-ASST) (Office Product)
I accidentally grabbed one of these pens (the lovely purple one) out of my wife's purse and instantly got my period. Now I'm feeling bloated and weepy.

Many more very helpful Amazon reviews of BIC Pens 'For Her' here
Posted by flora the spy at 15:44 1 comment: